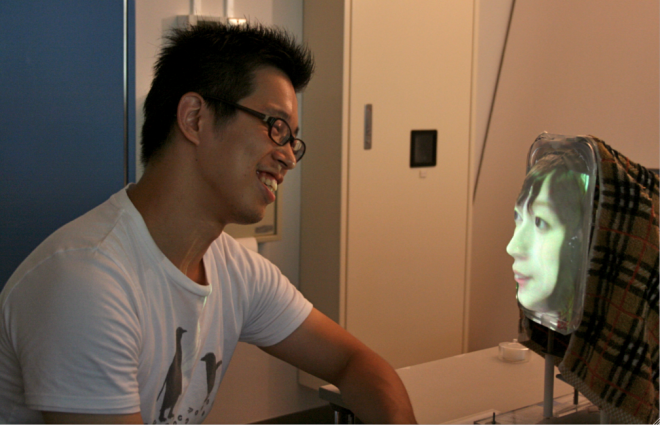 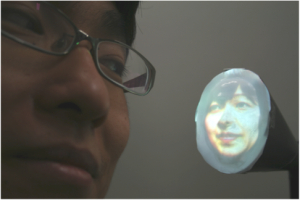 Ma petite chérie is a telepresence system with a reduced scale face-shaped display for supporting intimate telecommunication. In our previous work, we have developed a real-size face shaped display that tracks and reproduces the remote user’s head motion and face image. It can convey user’s nonverbal information such as facial expression and gaze awareness.

We expect small size face displays retain the benefit of real-size talking-head type telecommunication systems, and also provide more intimate impression. It is easier to transport or put on a desk, and it can be worn on the shoulder of the local participants so that people bring it like a small buddy. However, it is not clear how such reduced-size face screen might change the quality of nonverbal communication. We thus conducted an experiment using a 1/14 scale face display, and found critical nonverbal information, such as gaze-direction, is still correctly transmitted even when face size is reduced.